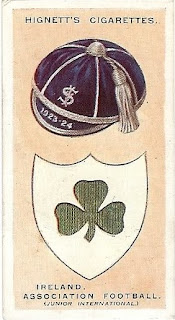 The annual Junior International series between Ireland and Scotland began in 1890 and has run almost continuously since, though now as part of the Quadrangular Tournament. In 1946 Willie Maley, of Celtic fame, donated a new trophy to be competed for by Scotland and Ireland's Junior sides. The first edition of the Maley Cup, played over two legs, was won 5-4 on aggregate by Scotland. Thereafter the trophy was awarded to the winner of the annual match. The current status of the Maley Cup is unknown.

Junior refers not to age, but to the level at which the players play their club football. It could roughly be equated to the English non-league, though in terms of the structure of football in Northern Ireland this also includes senior teams' reserve sides. 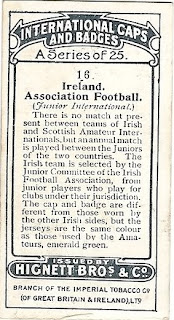