32 teams will play at the finals.
UEFA Qualification
The ten group winners qualify automatically, with the ten runners-up entering the play-off pathway along with the two highest ranked teams from the 2020-21 UEFA Nations League that did not finish in top two of their qualifying groups.
Northern Ireland are in Pot 3.
GROUP C
Italy
Switzerland
NORTHERN IRELAND
Bulgaria
Lithuania
https://www.bbc.co.uk/sport/football/55207198 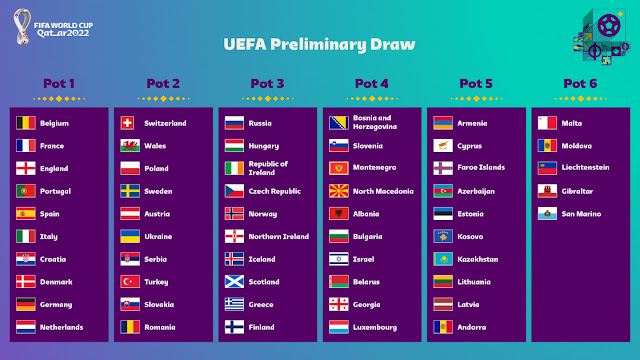