---
---
The graph shows how Northern Ireland player's impact has declined with the influx of foreign talent to the Premier League, and illustrates our problems in the ongoing search for regular goalscorers. 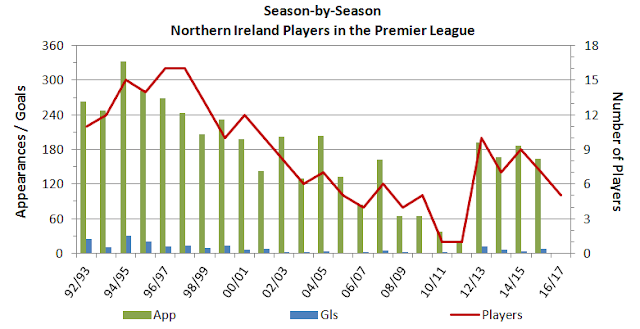 Appearances by Club
The table below illustrates the clubs who have featured Northern Ireland players in the Premier League. Generally it is the small-to-middling clubs who feature highly in this table, and whilst a big club like Manchester United has brought through a number of youngsters, few made a significant impact on their first-team until the emergence of Jonny Evans.

Teams in bold featured in the Premier League's 2014/15 season (to be updated).