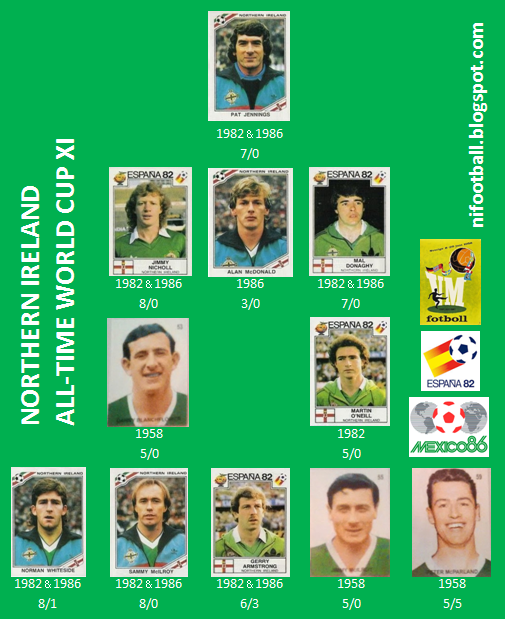 Northern Ireland have played at the World Cup Finals on three occasions, 1958, 1982 and 1986. These teams have achieved the stuff of legend - Northern Ireland are the smallest European country to qualify for the tournament finals and the smallest country in the world to make it beyond the first round stage. In Sweden 58 they drew with reigning champions West Germany and in Spain 82 defeated the hosts in a must-win game, each time coming within one game of the semi-finals. At Mexico 86 an aging Northern Ireland team held their own in a group containing the brilliant Brazilians.

In World Cup Finals matches Northern Ireland have used a total of 38 players, the 24 below have appeared in three or more games. Of course this list excludes the names of some of Northern Ireland's greatest ever players; men such as Peter Doherty, George Best and David Healy who never had the opportunity to appear on the world's biggest stage and make their marks on the imaginations of a global audience as some of the players below, however briefly, did.

While we watch Brazil 2014 wistfully from afar, why don't you vote for up to eleven players at the bottom of this screen, to be formed into an all-time XI with an all-time MVP.

Results to be announced before the World Cup final on 12th July... 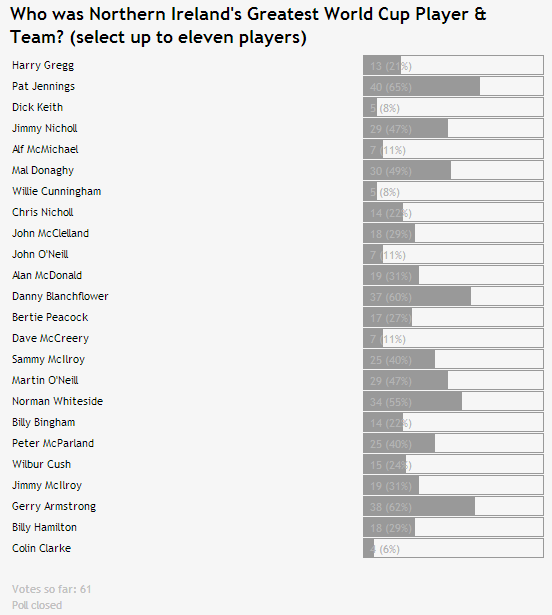