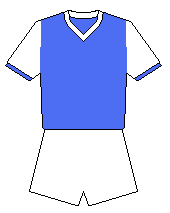 Former Football League members Barrow had just one player who attained international recognition while with the club, and he was Irish...


Other links between (Northern) Ireland and Barrow:
Billy McAdams finished his League career with Barrow and was later briefly joint-manager in 1977.
Lee McEvilly played for Barrow, winning the FA Trophy in 2010, during his nomadic career.
Zico Black, an ex-Under-21 international, played with Barrow during the early 21st Century.