With FIFA ever looking to expand their market, what better country to select as hosts for the 1994 World Cup than the USA.

Northern Ireland failed to qualify as, although they avoided any serious slip-ups against the group's minnows, they were unable to record a win against any of the big boys. The campaign ended with an electric match against the Republic of Ireland at Windsor Park and the retirement of Billy Bingham after fourteen years as manager. 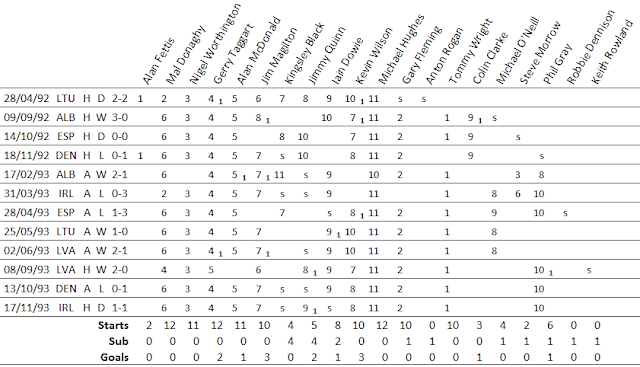