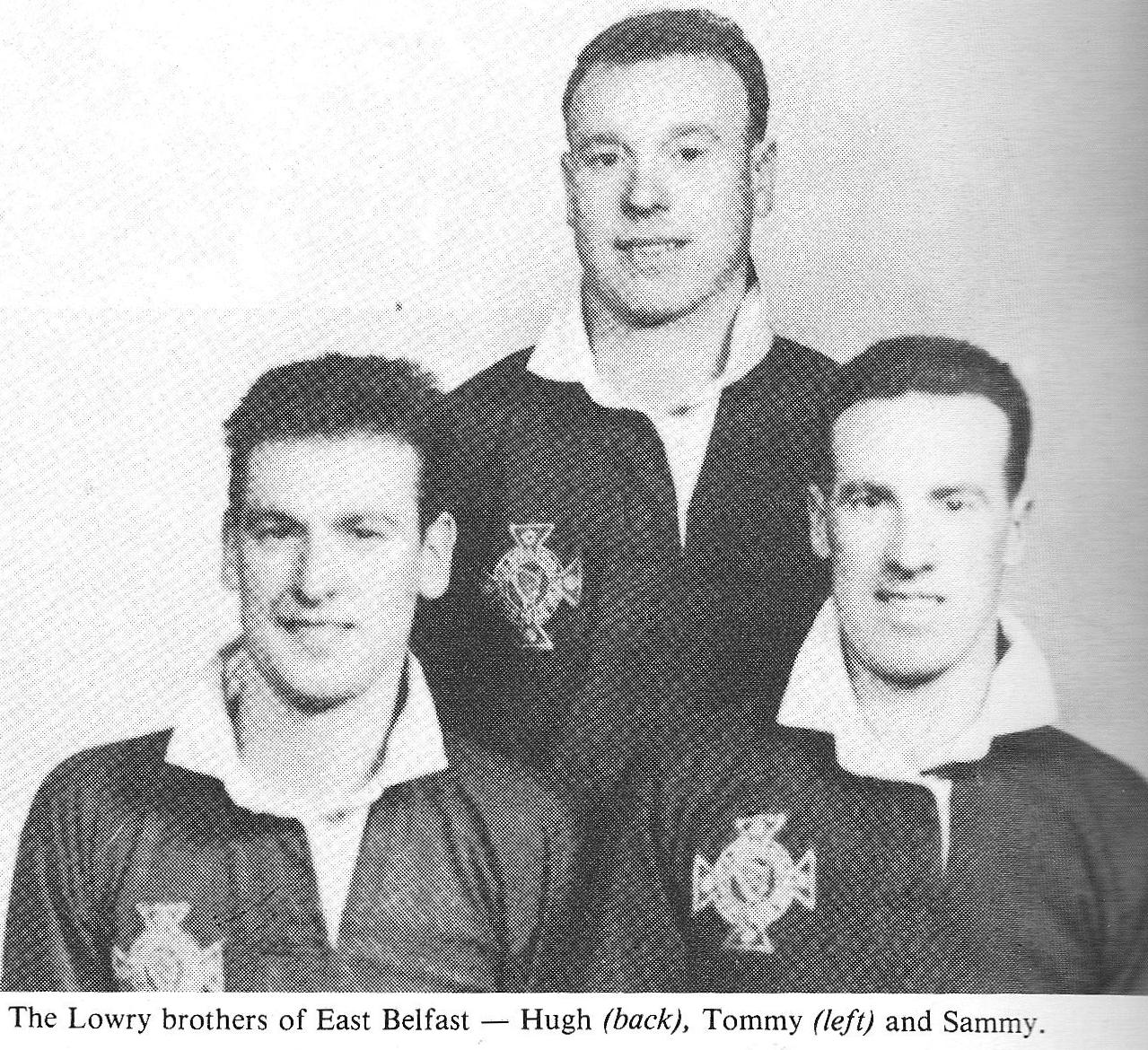 Biography:
One of the Lowry clan that also included B international Tommy, Hugh was a prolific goalscorer from inside-left. His goals initially brought a degree of respectability to Bangor before firing Ards to the Irish League title. He scored 30 goals as the Gibson Cup arrived at Castlereagh Park for the first time. The following season he became the first Irish League player to score in European competition as Ards lost 4-1 to French giants, Rheims in the Champions' Cup.

Invited to move to England by several clubs, including Liverpool, Huddersfield and Bristol City, in the days of the maximum wage it more sense for Lowry to remain a part-time player alongside a steady job. He was forced to quit playing at the age of 26 after tearing his right knee ligaments against Portadown.