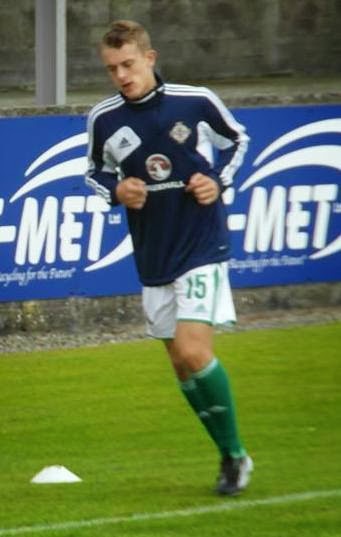 An English-born winger, Chris Lester qualifies for Northern Ireland through his Belfast-born grandfather. His first international call-up was for an Under-21 European qualifier in Cyprus in May 2013 while just 18-years-old.

A product of the Bolton Wanderers youth set-up, he first featured on the for an FA Cup tie with Sunderland in January 2013. He had to wait until the tail-end of the following season, after a loan spell at Chester, to make his Trotters debut, coming off the bench in a 1-0 defeat by Leicester.

Lester was one of twelve players released by Bolton at the end of the 2014/15 season shortly after an unsuccessful trial with Hartlepool. He subsequently joined Warrington Town.