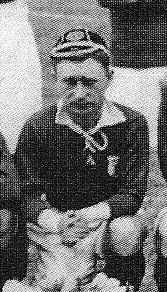 Biography:
Jack McCarthy came to the fore with Dublin junior club Olympia during the First World War. He was part of the Olympia side that completed a unique double by winning both the Leinster Junior and Senior Cups in the 1917/18 season, defeating Shelbourne in the latter.

McCarthy was awarded two Amateur caps by the Irish FA, including in their landmark trip to face France in Paris, the first time that an Irish side had travelled outside the British Isles for an international fixture. Following the "split" he was a fixture in the FAI's earliest sides, traveling to Paris again for the 1924 Olympic Games and remaining part of the Free State's international set-up through to 1930.