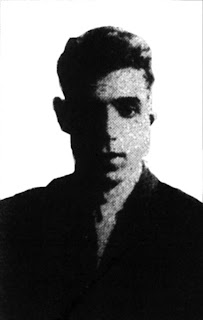 Biography:
Steve Snodden first made headlines while playing as a centre-forward for the Royal Army Ordnance Corp for scoring five goals in a single match and he was described as the mainstay of the military eleven. While stationed in Didcot he played for Reading Reserves and several senior clubs in Berks and Bucks were anxious to claim his signature.

On his return to his native Carrickfergus Snodden signed with Cliftonville and then, due to the restrictions of his army service, as an amateur to Linfield. At Windsor he started as a regular across the forward line but on occasion filled in at centre-half. It was in his favoured inside-right position that he was selected for the Amateur Ireland team that faced England at Solitude in November 1926 and a year later, when he played for the Irish League against the Football League in Newcastle, he appeared as a right-half.