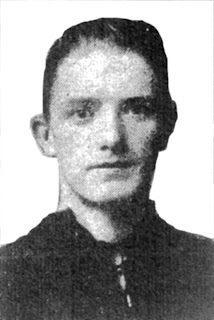 Biography:
James Vance came to the attentions of Cliftonville while playing for the Royal Army Service Corp against the Tank Corp in a representative match at Solitude. At the time Cliftonville freely allowed their ground to be used by the services at no charge for Army matches. It was a policy that earned the club great praise as well as an opportunity to recruit a number of talented players.

Vance had previously played two seasons with Ashville of the Belfast Combination before joining the all-amateur Cliftonville early in the 1923/24 season. He remained with the RASC and, due to his being a serving soldier, would have been unable to receive payment for playing football anyway. Most at home as a right-back, he also regularly featured at right-half and even on occasion at centre-forward. "Game and tenacious [and] a fine man at breaking up an attack and realising then that that is only half of his work, [he] can distribute the ball judiciously."

At the age of twenty, Vance was selected at right-back for Amateur Ireland as England visited Solitude and claimed a 3-2 victory infront of a 5,000 crowd in November 1924.