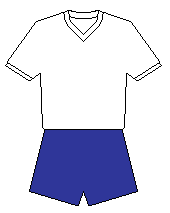 Leyton, not to be confused with Leyton Orient, were founded in 1868. They reached their peak when they played in the Southern League First Division from 1906-1912 and have played at various levels in a variety of guises since.

One player was capped by Ireland while with Leyton...
Pepper Renneville 3

Other (Northern) Ireland internationals to have played with Leyton include...
Curtis Allen (U21)
Jack Kirwan
Tom Shanks