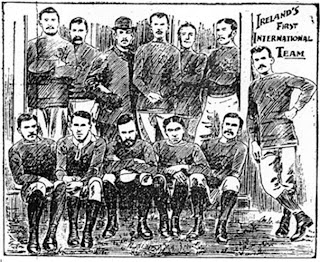 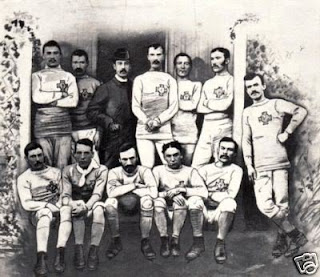 On Saturday last for the first time an Irish Association team met a picked eleven of English players, at Bloomfield, Belfast. England won the toss and chose to play with a strong wind at their backs. Ireland set the ball rolling: it was soon returned and in a few minutes England forced the ball underneath the crossbar. In the result, England were pronounced victorious by 13 goals to none. - The Times - Monday 20th February, 1882