Biography:
Roy McDonald rose through the ranks at Distillery, making his debut in a 4-2 Ulster Cup defeat by Coleraine on 21st January 1970. That was his only game that season, although he was included in the Northern Ireland youth squad as back-up to Jim Platt. Through the 1970/71 season McDonald did not miss a game as Distillery finished third in the league and claimed the Irish Cup with a 3-0 final win over Derry City. That cup win brought qualification for a the European Cup Winners' Cup and an historic match-up with Barcelona.

Through this period the still teenage McDonald won selection for the Northern Ireland Amateur team, playing under Billy Neill in a 4-1 defeat by England. He also represented the Irish FA at Windsor Park in a 3-3 draw with the British Olympic team and was on the substitutes bench for the Irish League's match with the Football League at Norwich in 1970.

On 5th February 1972 McDonald played his 84th and final game for Distillery in an Irish Cup clash with Coleraine. The Whites were in a state of disarray both on and off the field at the time and things came to a head for McDonald at half-time of this match, with his team trailing 2-0. During the half-time break a dressing room slanging match ensued and McDonald stormed out leaving an outfield player to keep goals - Distillery lost 7-1.

In the summer of 1972, despite interest from Linfield, McDonald signed for Crusaders - he is still there! In his first campaign at Seaview The Crues claimed the Irish League although he played just once, in a Co. Antrim Shield game against Dundela on 13th March. McDonald had to wait a few more seasons to displace Terry Nicholson as Crusaders regular stopper, though he was the man in possession by the time the Irish League title was claimed in 1976. The title winning season even brought McDonald a goal, his long kick nestling in the Ards net on 27th March 1976 during a 3-0 win at Castlereagh Park.

In the following season's European Champions' Cup campaign Crusaders found themselves matched with Liverpool. The first leg, at Anfield saw the English side stutter to a 2-0 win before they ensured the tie with a 5-0 win at Seaview, though McDonald's performance in both games brought praise from all quarters. His opposite number, Ray Clemence even described "plenty of heroics" from the "big, fair-haired fellow".

A 1980 Irish Cup final defeat by "Double" winning Linfield brought Crusaders and McDonald another short European sojourn, this time to Wales and Newport County who ran out 4-0 winners on aggregate. Other than that, major honours eluded McDonald through the rest of his career, a succession of Co. Antrim Shield final defeats through the late-seventies aside. In 1980 he did finally play for the Irish League, ten years after first featuring on the bench, in a 4-2 defeat by the Scottish league at Windsor Park.

McDonald "retired" in the mid-1980s, leaving Crusaders to manage STC. He wasn't away for long though and returned to join The Crues coaching staff in 1985. His playing days weren't over either as he made the last of over 400 appearances in an Ulster Cup match against Bangor on 17th August 1991. Even as late as 1993 he was an unused substitute for Crusaders' trip to Servette in the UEFA Cup.

In the past few decades McDonald has fulfilled the role of goalkeeping coach, Reserve Team Manager, Caretaker Manager and Assistant Manager for Crusaders. The Crues ran through the McDonald family blood. Roy's father, Bobby, was for many years the clubs kitman; younger brother Jim played for the firstteam after playing with Distillery as a youth; Alan, later of QPR and Northern Ireland fame, trained at Seaview as a schoolboy; and another brother, Ian (who died tragically young), played for Carnmoney Colts, a Crues nursery team, as a teenager.

In 2018 a community education hub was built at Seaview and named the "McDonald Centre" in Roy's honour. 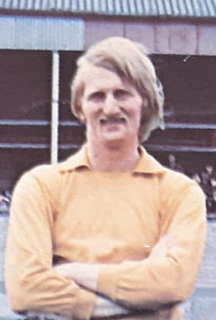