Northern Ireland Players in the NASL, MLS & US Open Cup 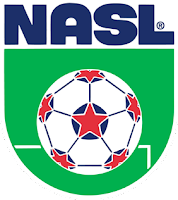 NI Players in the NASL (1967-1984)
In the 1970s the North American Soccer League attempted to bring "proper" football to the USA and Canada, offering big-money to world stars and an opportunity for the journey-man professional to escape to the sunshine for a bit of extra summer cash...

Amongst the players to feature in the NASL between 1968 and 1984 (and the NPSL in 1967) were the following men from Northern Ireland:

Does not include appearances in the United Soccer Association during 1967.

NI Players in MLS: (1996-date)
In the wake of the 1994 World Cup, there was a soccer revival in the US in the form of  Major League Soccer. Once again it has become home to the aging star and the career journey-man alike...

NI Players in the US Open Cup Final: