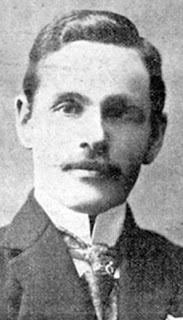 Biography:
James Small, from Belfast's Jocelyn Street, played in three Irish Cup Finals between 1889 and 1893, though never in the winning side.

Small won his first cap in 1887 while a Clarence player before enjoying greater success while with YMCA. He was part of a very successful forward-line that fired YMCA to a surprise Irish Cup Final appearance in 1889. St Columb's Court and Glentoran were defeated en-route to a close-fought 5-4 defeat by Distillery in the decider with Small among the scorers.

A year later Small was a Cliftonville player, YMCA having been "amalgamated" with their near-neighbours. He appeared in another Irish Cup Final and his late equaliser helped the Reds turn round a 0-2 half-time deficit against Gordon Highlanders to force a replay. However, in the replay the Scottish military team's strength told as they ran out 3-0 victors.

Three years later Small enjoyed what was perhaps his best season. Cliftonville running Linfield close in the race for the Irish League title and facing the Blues in the Irish Cup decider. Small was forced to accept a third Irish Cup runners-up medal as Linfield cruised to a 5-1 victory at Ulsterville. In all Small played 14 seasons in the Cliftonville first eleven.

In December 1892 Small played for the Co. Antrim FA against Derry at Cliftonville and a year later was recalled by Ireland after a six year absence. He was appointed captain for each of that season's International Championship matches, and although he finished on the end of 6-1 defeats at the hands of England and Scotland he did help the Irish to a rare victory with Wales defeated 4-3 at Cliftonville.

Small was also a long-distance race champion and a good referee but it was as an administrator that he perhaps had his most long-standing influence. Elected to the Co. Antrim FA as a representative for Cliftonville Strollers in October 1894, and was still involved with the Association into his nineties. He served the Co. Antrim Shield as chairman, secretary and treasurer and was appointed as a delegate to the Irish FA for whom he was also secretary and treasurer.

Away from football, Small worked in the linen business and served on Castlereagh Rural District Council from 1930-1946.