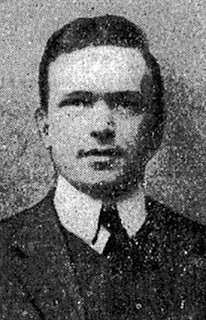 Biography:
A "very dangerous" centre-forward with Cliftonville, where he was also captain from 1904 to 1906, Tom Waddell won his only cap against Scotland in 1906.

1906 also saw Waddell gain his degree and license as a physician. He soon moved to Glossop, England, where he practiced as a surgeon and also played football for the local Second Division club. In 1926 he contracted an infection while operating on a child and died at the local Haydock Hospital. He was 44 years-old.