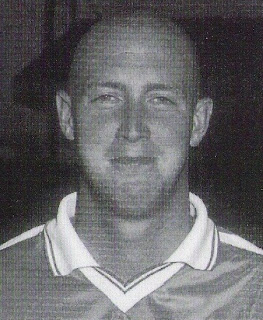 Biography:
A commanding central-defender or right-back, Joe Dolan came through the Northern Ireland under-age set-up whilst a teenager with Chelsea and then Millwall, eventually winning seven Under-21 caps through 1999 and 2000.

Dolan made an early breakthrough into the Millwall first-team, making close to 60 first-team appearances before his twenty-first birthday. However, a series of major injuries, including a broken leg and knee ligament problems, limited Dolan to a handful of appearances over three years.

Dolan struggled to re-find his form and slowly drifted down the Leagues after his release by Millwall in May 2005.