Biography:
Winger Eric Welsh moved to Exeter City from the famous junior side Boyland in 1959. He made rapid inroads into the first eleven, playing his first match while still just seventeen, and establishing himself in the first eleven before he was twenty. For much of his time at St James Park, the Grecians were struggling towards the bottom of Division Four, and when they were promoted in 1964 Welsh had missed the entire season through injury.

In October 1965 Welsh made the move to Carlisle United in Division Two, and in 1966 he came within a whisker of helping them to top-flight football for the first time in their history. His fine performances did bring international recognition, and with the absence of John Crossan was selected in a re-shuffled forward line for the Home Nations match against Wales in March 1966. He put in a highly accomplished performance, scoring in a 4-1 win in Cardiff.

Welsh retained his place for the two end-of-season pre-World Cup glamour friendlies with Mexico and West Germany. The return to the side of the likes of George Best and Dave Clements limited Welsh to just one further cap, but his total of four still stands as a Carlisle club record. Another season-long injury ruled him out for the entire of the 1967/68 season and on his return he struggled to regain his form of old.

Spells with Third Division Torquay and Fourth Division Hartlepool were followed by a spell playing in South Africa. In March 1977 Welsh joined a struggling Distillery side, then being managed by his brother Roy. 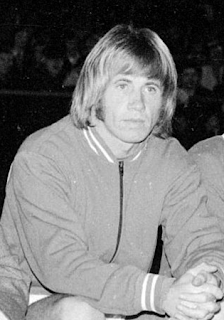 Eric’s brother, Roy, won an Under-23 cap and played Irish League football with Distillery, Glentoran and Ards through the 1960s and ‘70s.