Biography:
Paddy McCourt, the "Derry Pele", emerged as an incredibly exciting talent with Rochdale. He was just seventeen when he made his debut in a 2-0 win over Torquay in October 2001. The following February he made his Northern Ireland Under-21 debut in a 1-0 defeat by Germany at Windsor Park. Such was his early form that Manchester City reportedly had a £1.5 million bid rej-ected.

Just two months after his first Under-21 appearance, McCourt made his Full debut against Spain. The friendly game, organised to celebrate the twentieth anniversary of that “night in Valencia” proved a disaster. The Northern Ireland squad had been decimated by withdrawals and Sammy McIlroy’s hand had been forced into calling up a number of Under-21 players, including the Rochdale duo of Lee McEvilly and McCourt. By the time of their emergence from the bench as second-half substitutes the match was already lost and the 5-0 final score seemed almost inevitable.

From there on McCourt continued to prove himself as an exciting prospect, but one beset by inconsistencies and ill-discipline. Mid-way through the 2004/05 season he was made available by Rochdale, and after a trial at Motherwell signed for Shamrock Rovers in January 2005. The following July he moved on to his hometown club, Derry City. With the Candystripes McCourt proved himself as one of the best footballers in Ireland with spectacular goals a regular feature of his game.

McCourt was expected to complete a move to English Premier League new-boys West Brom in June 2008 for a fee reported to be between £90,000 and £150,000. However, although Norwich City also showed an interest it was his boyhood idols Celtic that stepped in to clinch a last-minute deal for a fee believed to be close to £200,000. In February 2009 he returned to the Northern Ireland squad after a near seven year absence. He won his second cap as a substitute against San Marino.

Fitness worries and managerial instability saw McCourt make only sporadic appearances at Celtic, even still he was a real favourite and his goal against Falkirk was named SPL Goal of the Season 2009/10. A bright start to the 2010/11 season saw McCourt recalled to the Northern Ireland squad and his performance in the centre of midfield in a friendly against Morocco earned a great deal of praise, showing not only his customary skills on the ball, but also a previously unrecognised steel to his game. On a rainy-Windsor night in August 2011 he scored two goals that George Best would have been proud of against a stubborn Faroe Islands.

A resurgent Celtic won the Scottish Cup in 2011 and the SPL in 2012 with McCourt only a peripheral member of the squad. He was again merely a squad player as they claimed the Double in 2013. His appearance from the bench in the Scottish Cup final win over Hibernian, during which he wore the captain's armband, was to be his last for the Hoops as his contract expired that summer.

After trial spells with Hibs and Peterborough, McCourt signed with Barnsley early in the 2013/14 season. He showed glimpses of his talent with a wonder goal against Middlesbrough, but as the team struggled so did McCourt. He was released after relegation from the Championship was confirmed. He remained in the Championship however, signing for Brighton in the opening weeks of the following season.

Over the following few seasons McCourt remained on the periphery of the Northern Ireland squad as they qualified for Euro 2016. He had spells with Notts County and Luton but he secured a return to Northern Ireland at the end of the 2015/16 season, rejecting any chance of traveling to the Euro finals as his wife had fallen seriously ill. With his wife on the road to recovery he agreed to sign for Glenavon, however he struggled to adapt to part-time football and departed before Christmas.

After leaving Glenavon McCourt was unveiled as an Irish FA County Coach. In January he was reported to be signing for Dundalk but the move never materialised and he instead joined Finn Harps. 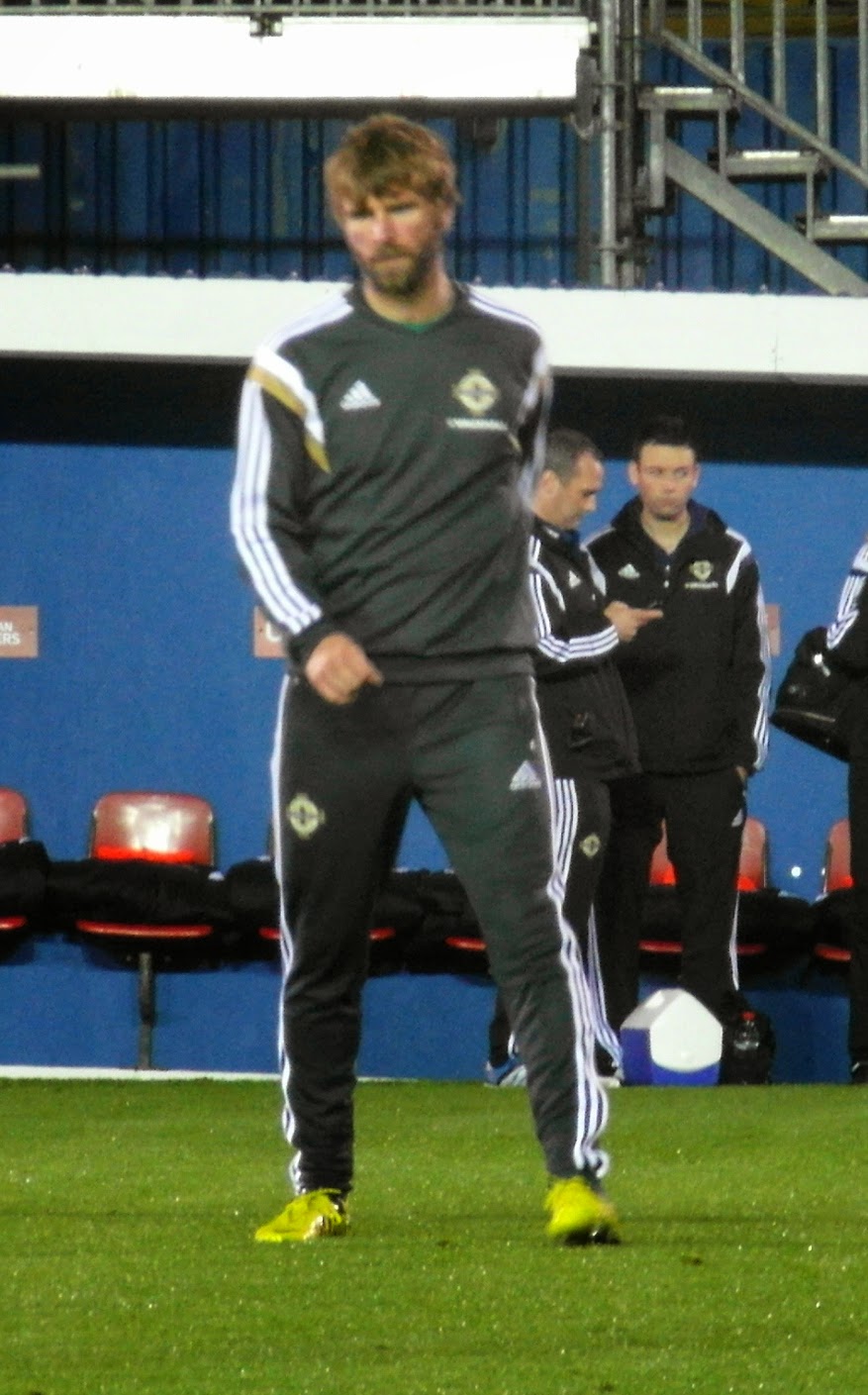 Picture courtesy of OJM from OWC. Corrections by Karl Reilly of League of Ireland History.