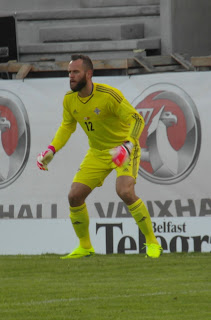 Biography:
Born in Canada but raised in Carryduff, Alan Mannus was recognized as the Irish League’s most outstanding goalkeeper. Has won every honour available in Irish League football, played 367 games and scored against Omagh Town from his own goalmouth on 25 October 2003.

Awarded his first cap to date during the 2004 Caribbean Tour, he was a last-minute replacement in the squad for the injured Michael Ingham. With Roy Carroll's refusal to travel with the squad unless guaranteed to start Mannus became the established back-up to Maik Taylor.

In order to further his career Mannus allowed his Linfield contract to expire in 2009. Following unsuccessful trials with Falkirk and Bradford City, he signed for Shamrock Rovers in August 2009. His performances with Rovers earned him a place in the League of Ireland Team of the Year as well as a championship medal.

Mannus however dropped from the international reckoning, the Republic's summer season forcing him to miss Northern Ireland's games in the USA and Chile so giving his successor at Linfield, Alan Blayney the opportunity to establish himself in Nigel Worthington's squad. Mannus voiced his frustration, claiming that Worthington had assured him that failure to travel on the tour would not harm his international chances.

Mannus was recalled to the Northern Ireland squad in the autumn of 2011, coinciding with his move to SPL side, St. Johnstone. After being initially limited to a role on the bench at McDiarmid Park, he finally made his début in a narrow Scottish Cup defeat by Hearts in February. From then on he became established as number one and was between the posts as St Johnstone claimed their first ever Scottish Cup success in 2014.

Nine years after his international debut, Mannus finally made his first start for Northern Ireland in Malta in February 2013. 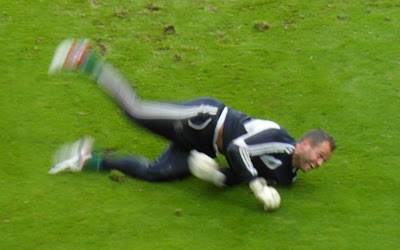