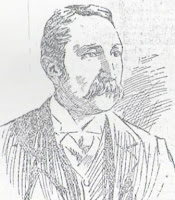 
Biography:
After a slow start to his Glentoran career, he made a single appearance in each of his first two seasons, Jack Lyttle established himself for some of the club's earliest successes. He was a regular in the 1896/97 season as the Glens claimed their first City Cup and their second League title.


Capped once by Ireland, in a 1-0 win over Wales at Wrexham (Ireland's first victory on "foreign" soil), he was normally a left-half, but also filled in at left-back on occasion. In 71 Glentoran appearances he scored just once, in a 3-2 City Cup tie defeat at Belfast Celtic in April 1898.


Lyttle acted as a linesman in the 1899 Charity Cup Final and was also Glentoran's club secretary.