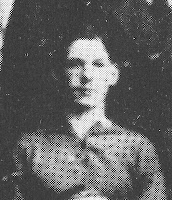 Biography:
A member of the Queen's Island team that shone briefly in the Irish League through the 1920s before disappearing from senior football after less than a decade. Tommy Cowan played in The Island team that defeated Willowfield 1-0 in the 1924 Irish Cup Final to complete the "Double" and added the Co. Antrim Shield with a 3-0 win over Distillery and the City Cup for good measure.

Cowan had initially came to the fore with Linfield at the beginning of the decade, most notably in their seven-trophy team of 1921/22 when he played in 29 of the team's 43 games, scoring six times. One of four players ordered-off during the Irish Cup first round 5-1 win over Distillery, he was back in the team for the 2-1 win over Glenavon in the final. He also appeared in the deciding matches of the Alhambra Cup (1-0 versus Cliftonville), the Charity Cup (3-0 versus Cliftonville Olympic) and the Co. Antrim Shield (a 4-1 replay win over Distillery) and also added the league-based Irish League, City Cup and Gold Cup to his collection. The following season The Blues could only manage a "treble" of League, Irish Cup and Co. Antrim Shield.

After Queen's Island's successes, including another City Cup win and a runners-up spot in the 1924/25 Irish League campaign, Cowan was selected to fill the toubled outside-right berth in the Ireland side that drew 0-0 with Wales in April 1925. That summer he transferred to Falkirk, making his Scottish League debut away to Hearts on the 25 August. He lasted just a season with The Bairns before returning to Queen's Island who he aided to another Irish League runners-up spot.

Cowan then moved to Canada, signing with Toronto Ulster United. In July 1927 he appeared for Ulster against a touring Scottish FA team that featured former Ireland colleague, Patsy Gallagher. Gallagher was among the scorers as the "Scots" won 3-0.

With thanks to John Meffen.