Biography:
A nephew of Robbie Dennison, Gary Hamilton joined Blackburn Rovers while still at school, signing as a professional shortly after his seventeenth birthday. He represented Northern Ireland at Youth level, graduating to the Under-21 side early in 2000, and making his debut as a second half sub in a 2-1 win over Malta that March. In all he started ten Under-21 matches, plus two appearances as a substitute, and scored three times.

In August 2000 Hamilton made his League debut while on loan to Rochdale before returning to Blackburn. He made his competitive Rovers debut as a substitute in a 1-1 League Cup draw with Portsmouth in late-September. That proved to be his only first team outing, aside from some pre-season friendly appearances. Popular with the Blackburn fans who regularly watched the reserve team, he was likened to David Speedie at an early age due to his tenacious tackling, and hard working attitude. However, a serious back injury dealt a blow to Hamilton's development.

Late in the 2000/01 season it became clear that Hamilton’s future lay away from Ewood Park, and after a trial spell with Wigan Athletic he signed with Norwegian First Division club Raufoss for the 2001 season. He returned to British football in August that year for a trial spell with Brentford, before he returned ‘home’ to sign with Portadown. A return of 22 goals in his first season at Shamrock Park helped the club to the Irish League title, and he also added Mid-Ulster Cup medals to his collection.

He was even more prolific in the following campaign, scoring forty goals in-all, and earning a call-up to the Northern Ireland squad. He came off the bench in a ‘B’ International match against Scotland Future in May 2003, and the following month won his first Full cap as a late substitute for David Healy against Italy. He remained a regular in the squad for the remainder of Sammy McIlroy’s management, but had to wait for Lawrie Sanchez to award him his second cap. Further caps were won during the 2004 Caribbean Tour, and in an early-season friendly with Switzerland the following August, but as injury ruled him out of the early World Cup Qualifiers, Hamilton lost his place in the squad.

Having come close to a £200,000 move to New York Metro Stars in March 2004, the 2004/05 season brought Hamilton just sixteen goals in total as he suffered a succession of injuries. He did score a double hat-trick in a 9-0 win over Omagh Town, and added an Irish Cup winner’s medal with a substitute appearance in the 5-1 Final win over Larne. A series of falling-outs with Portadown manager, Ronnie McFall, began to come to a head through the 2005/06 season. He was transfer listed in November 2005, and had his contract cancelled the following March. Almost immediately Glentoran boss Paul Miller stepped in to make Hamilton his first signing, offering him a full-time contract even though he wouldn’t be available to play until the following season. 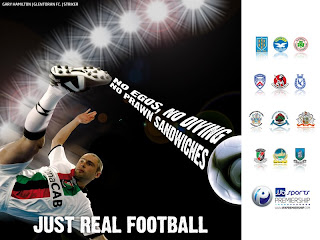 Hamilton made a fantastic start to his Glentoran career, scoring 17 goals in his first 22 games, including the only strike in the CIS Cup Final victory over Cliftonville. In what was ultimately a disappointing season for the Glens, Hamilton scored 36 goals and represented both the Irish Premier League and a Northern Ireland XI against Everton in the Milk Cup opening gala match.

Continued good form in the opening weeks of the 2007/08 season saw Hamilton included in the stand-by list for the Northern Ireland squad to face Sweden in October. An injury to Keith Gillespie combined with the suspension of Warren Feeney allowed for his inclusion in the travelling party and he spent the game as a unused substitute.

In 2008/09 Hamilton was an ever-present, top-scoring with fourteen goals, as Glentoran wrestled the Gibson Cup from rivals Linfield for the first time in four years. In May 2010 he was transfer-listed as manager Scott Young sought to reduce the club's wage bill and had an injury interupted trial spell with Kilmarnock. He scored his first European goal for the Glens that July, a penalty in a 2-2 Europa League qualifying round draw against KR Reykjavik as the Belfast club bowed out 2-5 on aggregate. In August Hamilton joined Glenavon on loan following stories of a breakdown in relations between player and boss.

Hamilton returned to Glentoran for the 2011/12 season having healed his rift with Scott Young and agreed to reduced wages. That December he made a swift return to Mourneview when he was appointed as Glenavon's player-manager. In 2014 he led Glenavon to a first Irish Cup final win in 17 years. Mid-way through the following season he announced that a succession of injuries made it unlikely that he would ever play again, however he was back playing again just a few weeks later. Hamilton made his 99th appearance for Glenavon when coming on as sub in their 2016 Irish Cup final win over Linfield.