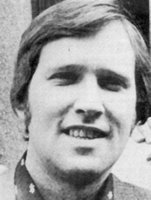 Feeney Number Two, and one of the Irish League’s most prolific goalscorers through the 1970s, despite mainly playing on the left wing…


Biography:
A goalscoring winger, Warren Feeney’s total of 192 goals is the third highest total by any post-war Glentoran player. Feeney began his senior career with Ards, where his father, Jim was coaching the Seconds. He then moved to Linfield in 1968. He found chances at Windsor Park limited, and in October 1970 he moved across Belfast to sign for Distillery. His time at Grosvenor Park was brief, before he made the move to play full-time with Stoke City.

After a little over a year with the Potteries club, Feeney was back in Belfast. Having been a teammate of George Eastham Junior at the Victoria Ground, George Eastham Senior made Feeney his first signing for Glentoran in October 1972. It proved an impressive first season at the Oval; he picked up winner’s medals in the City Cup, Blaxnit Cup and the Irish Cup. In 34 games he scored 17 goals, including two in a 3-2 Irish Cup Final victory over Linfield. The 1972/73 season brought no more trophies, but he topped the previous season’s goal tally with 23 goals, including a hattrick against Glenavon in the Ulster Cup. He stretched his total even further the next season, scoring 29 times to help Glentoran to a City Cup success.

The 1975/76 season was perhaps Feeney’s best, personally at least. He was a triple Player of the Year winner, scored 37 goals, but winners’ medal eluded him. He did however make his only international appearance in March against Israel at Bloomfield Stadium, Tel Aviv. With Northern Ireland trailing in the 57th minute, despite having the better of the play, Bryan Hamilton played a forward pass to Derek Spence, who in turn fed Trevor Anderson whose cross-field ball was struck first time by Feeney into the back of the net. To this day Feeney claims the goal as his own, but the record books see it differently, noting that the ball struck Lev, and ‘crediting’ the Israeli with an own goal.

Following the previous campaign’s frustration on the trophy front, Glentoran ended the 1976/77 season with just rewards for Feeney’s goalscoring form, this time resulting in 47 goals, the Irish League title and a Gold Cup success. Linfield felt Feeney’s wrath on two notable occasions, a four goal haul in a 6-2 Ulster Cup win at the Oval, and two in a 5-1 Gold Cup Final victory.

Another season as the Glen’s topscorer in the 1977/78 season saw Feeney hit the back of the net 40 times – it perhaps should have been 41. Drawn against Italian giants Juventus in the second round of the European Cup, the first leg at the Oval saw the Glens trailing by a single goal with five minutes to go. Arthur Stewart was fouled inside the box and Feeney stepped-up to take the penalty as he had done countless times before - his tame shot was easily saved by Dino Zoff. The return leg, in Turin, was lost 5-0. A disappointing League campaign saw Glentoran finish six points behind Champions Linfield, but they did claim the Gold Cup and Co. Antrim Shield, with Feeney scoring in both finals.

Always self-confident, early in the 1978/79 season Feeney made it clear that he was unhappy with the contract that he had been offered by Glentoran. He threatened to retire, but after two games he joined Linfield in October 1978 in a part-exchange deal for Jim Martin. His time at Windsor Park got off to an excellent start as he finished the season with another League title success and thirteen goals.

Another League title followed in 1979/80, as well as Irish Cup, Gold Cup and Ulster Cup winner’s medals. Feeney also had his best goalscoring campaign in a blue shirt, scoring 19 goals in 44 games. He left Linfield mid-way through the following season for Crusaders where he played out his career.

As with his father, Jim, Warren’s son, Warren Junior, has since established himself in the Northern Ireland set-up. 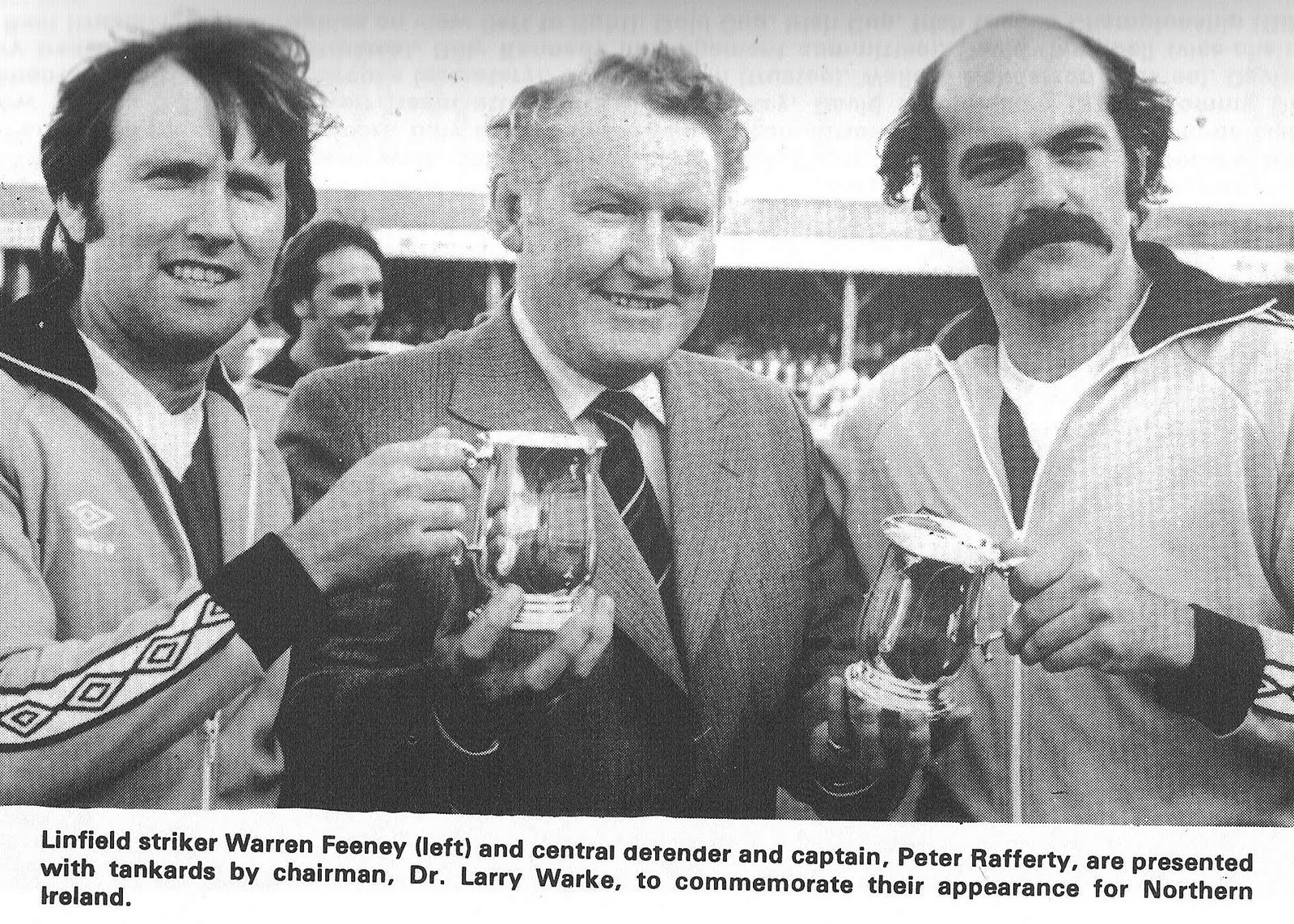 Anonymous said…
Warren Feeney was one of the most prolific goal scorers in his day.

He had a tremendous left footed
shot.
Tuesday, February 07, 2012

Anonymous said…
Watched him for a complete season at the Oval. I think 76/77. I remember another player Billy Caskey. They tied up well. So good to watch. Excellent goals.
Gareth Foy
Wednesday, February 15, 2012