Despite his name is an Irishman. Come from Coleraine. Was a shipyard worker on the Clyde when he attracted attention of Glasgow Rangers, who saw him score prolifically for Yoker Athletic. Joined Rangers and gained Scottish Cup and championship medals. Has twice been capped for Ireland. Has completed two seasons at Anfield. Believes a centre forward should have a roving commission and is often seen foraging for himself on the wing. A real glutton for work. 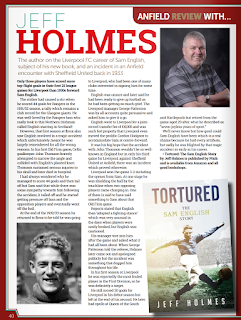