By jcd August 01, 2006
The Greatest? Certainly his name deserves to be mentioned alongside Pele, Maradona, Cruyff et al, and he was our "Belfast Boy"...

Best also guested for a number of clubs in friendlies and testimonials including Dunstable Town, Nuneaton Borough, Glentoran, Reading and many others.

Biography:
What is there to say about George Best? Too many articles have been written already to do him justice, so please check out the links below:

FIFA: The Things They Say

"Pelé called me the greatest footballer in the world. That is the ultimate salute to my life." George Best 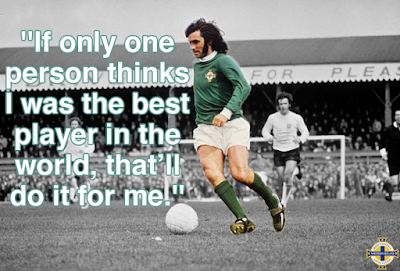